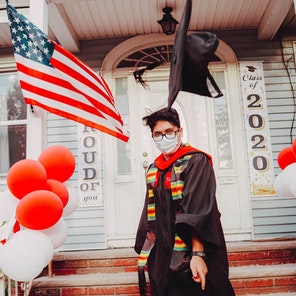 To bring 2020 to a close, we’ve compiled highlights from the 10 most downloaded episodes of Trending in Education this year. We begin with Angela Siefer talking about Digital Inclusion before hearing Adi Hanash’s perspective on how to be a great live online instructor. Then we listen to Dr. Rich Milner talk about the importance of grace in light of the Black Lives Matter movement and the challenges of teaching in 2020. From there, we hear from Helen Lee Bouygues, Zachary Davis, Frank Britt, Bryan Alexander, and David Meerman Scott and reflect back on our March Madness Tournament, the Gartner Hype Cycle, and much more.

In this emergency bonus episode of Running It Back, Tarlin and Mike dive into the transformative events of the past week beginning with the shooting of Jacob Blake and culminating in the walkout of NBA players led by the Milwaukee Bucks.

As these actions set off a cascade of similar actions in Major League Baseball, the National Hockey League, and elsewhere, how can we put this into a broader historical context? We run through the long history of athletes as activists who have asserted their power by choosing not to play. Some have set off movements by pulling in others to follow. Others have been ostracized and mostly forgotten.

We open with a quick note on the Jacob Blake incident in Wisconsin and the ripple effects across our culture. It’s something we’ll continue to cover.

Then, in this bonus episode from the soon-to-launch podcast, Running It Back, we transport ourselves back to November 7th, 1991 when Magic Johnson first announced that he had HIV.

Kristin Kearns-Jordan, the CEO of The Urban Assembly, joins Mike this week to describe the career-themed approach to public education that is driving social mobility in 23 schools in New York City. We begin by hearing Kristin’s origin story and career arc which has led to her current role with The Urban Assembly.

END_OF_DOCUMENT_TOKEN_TO_BE_REPLACED 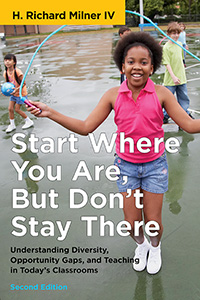 This week Dr. H. Richard Milner, Professor of Education at Vanderbilt University, joins Mike to explore how he is thinking about issues of diversity, opportunity gaps, and the mindsets that must be overcome to effectively engage diverse students and classrooms. Rich’s book, Start From Where You Are, But Don’t Stay There was just reprinted by Harvard Education Press to coincide with the 10-year anniversary of its initial printing in 2010.

Liz Leiba, an education professional, teacher, and podcast host, joins Melissa and Mike to discuss her personal response to George Floyd’s death. In response to this travesty, Liz has become much more active on LinkedIn and on her podcast, The Ed Up Experience, telling her personal story as a black woman in higher ed and the corporate world.

Melissa and Mike begin with a frank conversation about how we’ve been responding to the Black Lives Matter protests and related civic and personal upheaval in the aftermath of George Floyd’s murder in Minneapolis.

For today’s show, we’re releasing an upcoming episode of Running It Back with Tarlin Ray and Mike Palmer where we break down Blackballed, the new Quibi short-form docuseries about the 2014 Los Angeles Clippers and the Donald Sterling scandal.

END_OF_DOCUMENT_TOKEN_TO_BE_REPLACED

If you’re interested in working with us email [email protected]