In this emergency bonus episode of Running It Back, Tarlin and Mike dive into the transformative events of the past week beginning with the shooting of Jacob Blake and culminating in the walkout of NBA players led by the Milwaukee Bucks.

As these actions set off a cascade of similar actions in Major League Baseball, the National Hockey League, and elsewhere, how can we put this into a broader historical context? We run through the long history of athletes as activists who have asserted their power by choosing not to play. Some have set off movements by pulling in others to follow. Others have been ostracized and mostly forgotten.

Now as the games have started again in the Bubble, we take a moment to pause and reflect on the historical context of the momentous events of the week as we continue to monitor this developing situation.

And fear not, fans of regular episodes of Trending in Education! We’ve got plenty of great content coming together there as well. Thanks as always for listening. 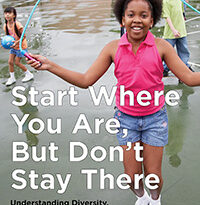 Dr. Rich Milner talks about opportunity gaps, the importance of grace, and the critical work educating teachers about race in these tumultuous times.