Dr. Chad Goldberg, Professor of Sociology at the University of Wisconsin Madison, joins Mike to delve into the history and relevance of The Wisconsin Idea in understanding the role of a public university. Chad’s written a book called Education for Democracy Renewing the Wisconsin Idea that is due out this Fall and we explore many of the relevant and timely themes covered in the book.

Chad catches us up on the history of The Wisconsin Idea which dates back over 100 years and envisions the university’s purpose as in service of the public and democracy. While it’s called The Wisconsin Idea, the concept is broadly relevant to questions about the role of higher education today.

Chad was the Instructor of Record when the course launched in 2016 and he’s returned to lead the course again this year. We dive into how things have changed since 2016 and learn how the course design and related conversation have evolved in 2020. The public lecture series is accessible to everyone and can be found here.

We hope you enjoy the conversation. 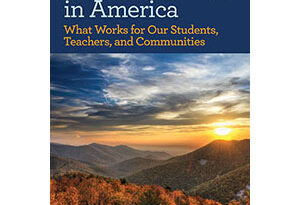 Rural Education in America with Geoff and Sky Marietta

If you’re interested in working with us email mike@palmer.media