Dr. Corey Dolgon is a Professor of Sociology at Stonehill College. He’s an expert in several areas of sociology and service learning and is the author of five books, including The End of the Hamptons: Scenes from the Class Struggle in American’s Paradise (2005) and Kill it to Save it: An Autopsy of Capitalism’s triumph Over Democracy (2017). He recently edited The Cambridge Handbook of Service Learning and Community Engagement.

Corey joins Mike Palmer to talk about the history of service learning and social movements in America. In his view, for service learning to be truly effective, it must be grounded in the history of social movements and social action in the community so that it can ultimately effect meaningful change. In addition to a rich and vibrant conversation about engaging with the community and leading through activism and engagement, we conclude with Dr. Dolgon regaling us with his rendition of the folk song Have You Been to Jail for Justice by Anne Feeney.

It’s an inspiring and thought-provoking conversation that you won’t want to miss.

If you like what you’re hearing, subscribe wherever you get your podcasts and check us out at TrendinginEducation.com. 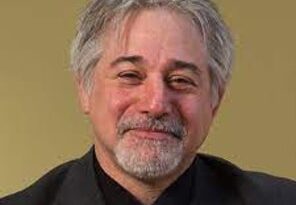 If you’re interested in working with us email [email protected]